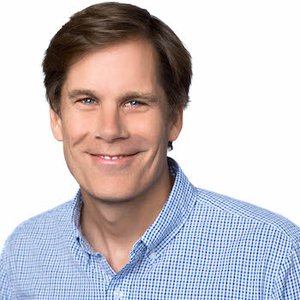 Although I didn’t graduate with a degree in Computer Science, my studies led to an interesting career that I wanted to share with others to show the impact that CS has had upon my life.

I took my first coding class in 6th grade and though I was mostly self-taught, I studied Computer Science in high school and took the first Computer Science AP Exam offered in 1984, before studying CS at Brown.

At school, I did a lot of coding, building imitations of Eliza and Adventure on school workstations or my first computer, the first-gen IBM Personal Computer (I remember that I had even considered building an Altair 8800!).

Intrigued by differences between Apple and IBM, I drove into Boston to watch Steve Jobs debut the Macintosh at the Boston Computer Society and recall getting a hands-on demo from Bill Atkinson on how to use a Mac just before I became a freshman. Three years later, I remember watching Steve Jobs speak at Sayles Hall on the NeXT operating system and workstation.

At Brown, taking Andy van Dam’s class was a highlight of my undergraduate experience but after exploring numerous other interests made possible by the Open Curriculum, I decided that my real interests were more in the area of finance and business.

After graduation, I began working with data scientists and web developers in London as a management consultant with Gemini Consulting. I soon worked on the launch of the UK’s first online bank, called egg: an irreverent name in a UK banking sector for a startup in a world dominated by firms such as Barclays and Lloyds Bank.

The online bank paid 8% on a £1 deposit, which brought in their 5-year-goal in deposits in less than six months (and presaged later online strategies such as freemium). One role I had was to negotiate content licensing agreements with partners ranging from Morningstar to The Motley Fool. I loved working hard with teams of coders and designers to get ready for a launch date.

Before long, my wife and I moved to New York to join Scient (now known as Razorfish), one of several new breed of consulting firms helping big companies respond to the threats of startups like Amazon while incubating startups like Hotwire.

Looking back, it was a bubble, but we all had the best of intentions to transform business through the Internet and build companies and transactional websites that were more than brochureware.

The dot-com bust led to my taking safe refuge and spending the best part of a decade at Morgan Stanley after an intro from my Brown roommate, Kris Brown ’89, where I went on to help launch some of the firm’s online banking capabilities and later worked in a corporate group that connected the firm’s investment bankers, research teams and CTO organization.

By 2015 I was ready to return to the startup world. A colleague introduced me to the founder of Six Trees Capital LLC, which was the holding company for a service called MAX (also known as MaxMyInterest.com) that delivers the best interest rates to individuals and financial advisors, using an algorithm, API connections, and a lot of Ruby running on AWS to make it all happen.

With recently awarded patents, a solid engineering team, and press in The Wall Street Journal among other publications, we’re pioneering a “multi-bank” concept some describe as a robo-advisor for cash but which we see as a platform –much as Stripe is for payments– that can power a wide range of our partners in order keep cash safe while earning much better returns.

Our company was admitted into a competitive accelerator in New York, the FinTech Innovation Lab, and won an innovation award from UBS; I was named to the Top 100 in Business by Irish-America magazine for work in “fintech”. Looking ahead, I’m now looking to get more involved in the Nelson Center for Entrepreneurship at Brown and to give back to Brown.

My experience at Brown and in CS sparked my sense of curiosity and adventure to seek ways to use technology to transform the way companies did business and –working with a few Brown CS alums, including Brook Connor MS ’96– helped me work alongside developers and designers to build great software and companies while having a lot of fun along the way.