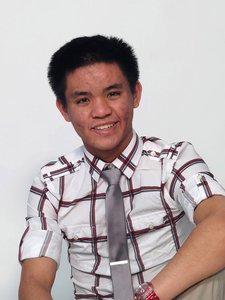 Michael Chang, a junior at Brown University concentrating in computer engineering, has just been selected for the Kleiner Perkins Caufield and Byers (KPCB) Fellows Program, one of technology’s most prestigious fellowships. He’ll be spending the summer working for Shape Security, a firm that creates dynamic security architecture to defend web sites against malware, bots, and scripts.

“I didn’t have a background in security when I applied for the fellowship in September,” Michael says. He describes the multi-round, multi-interview application process as “actually kind of fun since I got to talk to and learn about many new up and coming startups”, explaining that in the final round, he picked Shape Security as one of seven possible companies to work for. “I just really liked what they did. I was fascinated by it.”

The KPCB Fellows Program has won recent praise from TechCrunch and Fast Company, and was rated as a Top 2015 Program by Vault. Michael will join other students from across the country in Silicon Valley for a work experience that will be supplemented with events and programming led by CEOs and executives from KPCB portfolio companies and KPCB Partners, including Design Partner John Maeda (formerly President of the Rhode Island School of Design), Mike Abbott (Former Twitter VP of Engineering), and John Doerr (a Venture Capitalist known for helping build Amazon, Google, Twitter, and other companies).

“Last year,” Michael says, “I didn’t know what I was doing for the summer until April. The pressure’s off now, and I’m really excited. I think what Shape Security does is revolutionary, and I want to learn as much as I can. This fellowship will really help.”