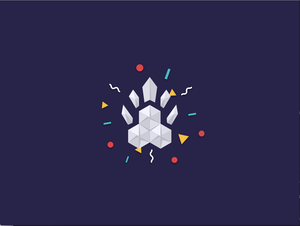 Self-described as a "different kind of hackathon" designed with goals of inclusiveness, experimentation, learning, and collaboration in mind, Hack@Brown turned three this year and showed strong success on all counts. Held on February 6-7, 2015, with support from Brown CS and numerous corporate sponsors, the event brought in 450 students from as far away as the UK, the Netherlands, Canada, and Mexico. Supported by 65 industry mentors, many of whom are Brown alums, they formed teams and worked on computer science projects of their own devising in an interdisciplinary environment of programmers, designers, and developers where creativity broke down barriers of age, experience and affiliation.

"To me," says Professor Amy Greenwald of Brown CS, "Hack@Brown 2016 looked like America. The level of diversity was outstanding, both in terms of female and minority representation. That's unusual and so important. And until now, I've never been to a CS event where none of the demos failed to work! Each and every one worked more or less as expected, without any obvious glitches."

Governor of Rhode Island Gina Raimondo and Brown CS alum Karen Catlin kicked off the event on February 6, and the twenty-six hours that followed were filled with workshops, hacking (with breaks for meals and a midnight snack), and a demo fair. Google Director of Research and Brown CS alum Peter Norvig spoke at the closing ceremony, which was open to all, on February 7. You can see a list of submitted projects here.

The organizers of Hack@Brown 2016 want to emphasize that CS is a discipline in which people from all skill sets and walks of life can be successful. If any students have doubts about fitting in at Brown CS, the H@B team hopes they'll attend Hack@Brown 2017, and see what computer science has to offer anyone willing to learn.

Professor Jeff Huang of Brown CS has been a judge at every Hack@Brown to date. "This year," he says, "it was bigger while being more diverse, with a packed schedule including lots of distinguished speakers, workshops and mentorship, a huge list of sponsors (so much that people were laughing how long it took to list them all during the opening ceremony), and tons of special surprises and prizes for the participants throughout. About half the participants were first-timers, and projects included websites, hardware, mobile apps, and design prototypes, many of which solved real problems, echoing a call by Governor Raimondo to make things that make a difference. I love Hack@Brown’s focus on inclusiveness and learning, rather than competition and prestige."