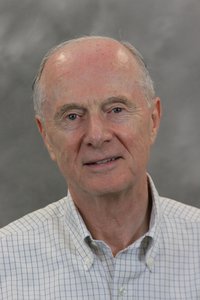 Professor John Savage of Brown University's Department of Computer Science (Brown CS) closed 2015 with a number of important achievements in the area of cybersecurity, including being appointed to Rhode Island's first Cybersecurity Commission, re-appointed as an EastWest Institute Professorial Fellow, and serving as a panelist at the Wuzhen, China meeting of the IEEE Experts in Technology and Policy Forum (ETAP). He begins 2016 with additional prestigious cybersecurity consulting work and a significant accomplishment in another discipline as well.

Just last week, John and his collaborators were awarded US patent 9,252,214 ("Apparatus, Method and Computer Program Product Providing Radial Addressing of Nanowires"), which provides a method for constructing a device containing a plurality of nanowires, each having a core and at least one shell. A continuation of prior patents, it offers several novel advantages, such as dramatic reduction of address translation circuitry and the ability to use nanowire arrays to detect molecules through the use of molecule-specific receptors.

Tomorrow, John will be traveling to the Munich Security Conference, which is being held from February 9-14, 2016. Alongside nine U.S. senators and a U.S. representative, the Vice-President of International Governmental Affairs of Ford Motor Company, and numerous members of the press, the military, and the diplomatic corps, he'll take part in official discussions with high-ranking government officials regarding political, economic, and military/security issues affecting bilateral and regional relationships.