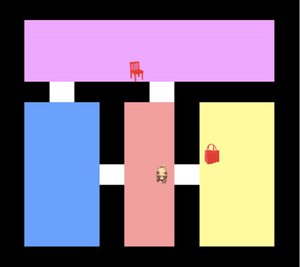 As use of robots becomes widespread, the day is quickly approaching when the average owner, faced with the task of training a robot, may possess little or no programming ability. A team of researchers, including Research Scientist James MacGlashan and Professor Michael Littman of Brown University's Department of Computer Science (Brown CS), have proposed a novel solution: train it like you might train a dog.

The researchers created a virtual robot dog that carried various objects between different rooms. "The training task," explains GeekWire, which featured their work in its BOT or NOT? series, "was left in the hands of non-programmer test subjects, who used a red 'punishment' button and a green 'reward' button as their teaching tools. The researchers could vary the speed of the virtual dog’s movements, from a half-second to two seconds for each step in the task. Slower movements let the trainer know that the dog wasn’t sure how to proceed, and provided more of a chance to give positive or negative feedback."

In the end, the best results came from a model that started slowly and then increased speed, proving more accurate but also requiring less time. The full article, including a video, is available here.