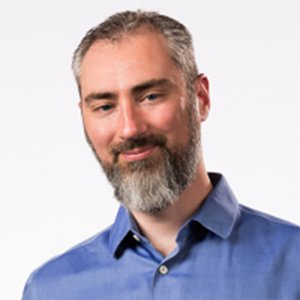 Click the links that follows for more news items about our innovative and pioneering alums and their diverse career paths.

“I’ve learned that sometimes you really can change the world by just putting your ideas out in an academic publication,” laughs Brown CS PhD alum Morgan McGuire ‘06, “and sometimes you have be the one who believes in them enough to drive them towards realization yourself.” In his current position of Research Director at NVIDIA, Morgan has certainly lived by those words, with a wide range of accomplishments in both academia and the tech industry.

Morgan began his educational journey at MIT, where he graduated with an electrical engineering undergraduate degree and a computer science Master’s. “I walked in fired up about robotics and AI at the EE level, but then developed a core interest in computer science through learning about programming language theory...and computer graphics,” Morgan explains. “I had several wonderful research internships with my mentor Harold Stone at NEC bridging from AI to graphics through machine vision, and then worked at a number of startup companies as a software developer after graduation on the graphics and compilers side.”

But after working at a myriad of locations in industry, he decided to return to academia to pursue a PhD. “I felt like there was more that I needed to learn about CS and math theory to be able to innovate beyond my solid undergrad engineering base,” says Morgan. This led him to Brown, where he worked with Professors John Hughes, Shriram Krishnamurthi, and Andy van Dam, earning a second Master’s and a doctoral degree in computer science.

“I went to Brown to scale up my skills and go back to industry...and then unexpectedly fell in love with teaching undergraduates and the process of research. Little did I imagine when I first read Andy’s book in high school and tried to figure out the matrix stuff that I’d someday be teaching it to others, let alone coauthor a new edition of that book with him and Spike [John Hughes]. Brown clearly taught me a lot more more than what was on the syllabus.”

When Morgan graduated, he joined the Computer Science faculty at Williams College as a professor, but also continued his industry contributions by consulting on some of the most well-known computer graphics projects of the current era. These include the Call of Duty, Roblox, Skylanders, Marvel Ultimate Alliance, and Titan Quest video game series, the Unity game engine, NVIDIA GPUs and software, and the E Ink display used in the Amazon Kindle. “There is something so powerful about creating for others,” explains Morgan, “and I want to improve the world both one student at a time and through inventions found in mainstream products.”

After reaching Full Professor rank at Williams College, he joined NVIDIA to lead a new research group where he’s investigating hyperscale graphics – adapting supercomputer technology to simulation and rendering across the internet for everything from consumer video games to virtual reality and digital film sets. But he still makes time to work with students at all levels.

With so many contributions in industry, what motivates Morgan to continue to teach? Well, there are a few reasons. First is the ability to work with some of the best and brightest across the field. “I teach and mentor students at the University of Waterloo and McGill University now as an adjunct,” Morgan says, “That gives me the opportunity to work with world-class students, as well as the best engineers at NVIDIA. I get to be involved with next generation of folks enthralled like I’ve been with robotics, AI, compilers, and graphics. Ideas cross-pollinate between these two environments and having the energy of both students and professionals is essential for my kind of science.” Perhaps most importantly, he finds educating the next generation of computer scientists to be some of the most important work one can do to better the world.

“We all have the obligation to do something useful and leave the planet and society better than how I found it,” explains Morgan, “There are many ways to do this. What’s great about working in education is that it means always knowing you have done good at the end of the day – you helped someone. Product contributions aren’t as straightforward as people in this regard. I grew up in a generation with an aspirational view of science, and I’m still driven by this view. And science is generational. Sometimes you solve the problem yourself, and sometimes you solve the problem by giving the next set of people the tools to succeed.”

With such a track record of innovation, what advice would Morgan have for students looking to make their impact on the world? “Brown provides you with the preparation to explore, helps build the ethical compass and connections for success, and prepares you with the skills to accomplish anything you want. But anything doesn’t mean everything, all at once. Focus. It is ok to change your long-term plan, and I certainly have many times. But it isn’t effective to hedge and spread yourself thin,” says Morgan. “Form a small set of goals you’re passionate about, and commit fully to pursuing those.”