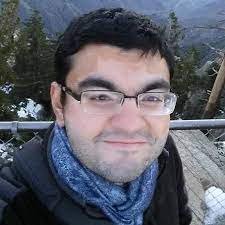 Click the link that follows for more news about other recent accomplishments by our alums.

“As a software developer,” says Brown CS alum Gaurav Manek, “it is your duty to society to make sure that your code is reliable and doesn’t fall apart.” For the last four years, Gaurav — now a PhD student at Carnegie Mellon University — has been developing Visigoth, a piece of software that automatically creates schedules based on the availability of participants. Now, Brown CS and a number of departments at other universities are adopting the software to handle the logistics that surround PhD visit days.

Visit day scheduling has been conducted manually in the past. To coordinate meetings between prospective PhD students and professors, Brown CS Academic Department Manager Lauren Clarke had to account for the availability of each party, minimize the travel obligations of students, and attempt to pair each student with their preferred faculty, a process that could take days. Using Visigoth, “I was able to do all of that work and create all of those schedules in half an hour,” Lauren says. “It was just a huge time saver.”

Gaurav got interested in scheduling software as a first year PhD student, when he wrote a term paper on the problem of guaranteeing an optimal solution for scheduling meetings between two groups. After talking to peers about the project, Gaurav realized that there was a lack of good options for scheduling software: current services did not divide participants into groups, which yields a more powerful algorithm and a more targeted product. “Existing solutions were not good enough, or kind of a pain to use,” he says. “That’s what led me to believe that there would be some interesting work to do in this area.”

An understanding of Git was one of the most useful things that he acquired at Brown, Gaurav says. Git, he explains, encourages the treatment of code as “a sequence of composed transformations,” allowing for good organization and a simplified modification process. Gaurav also cites writing test cases as a crucial skill that he learned from his intro CS course and that has saved him dozens of hours on long projects.

Because of the time he’s invested in it and the high demand, Gaurav mentions that he’s considering commercializing Visigoth at some point in the future. This, he says, will allow him to hire a small team of software developers that can maintain and expand its features for universities and other institutions that use the service.

“I really just want to thank Gaurav for sharing this with us,” Lauren says. “It’s wonderful to see the work that he’s doing being put into practical use in the world.”