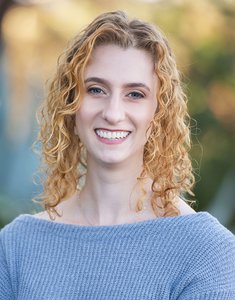 Brown CS alums are often known for the diversity of their career paths and pursuing multidisciplinary work, and Aimee Lucido is no exception. A former software engineer and continuing crossword puzzle creator (she's been featured five times by The New York Times), she's recently finished a middle grade novel, Emmy in the Key of Code. The story of a 12-year-old girl finding her voice in programming class, it's been published by Houghton Mifflin Harcourt/Versify and is available today.

"It's the book of my heart," she says. "In so many ways it feels like a culmination of everything that has ever mattered to me: music, friendships, family, and finally, the combination of writing and code."

As an undergraduate, Aimee majored in both computer science and literary arts, and says that she spent much of her life during Brown and after wanting to pursue both tech and writing. "In a way," she explains, "I tried to make the real world mimic Brown's open curriculum."

Already the recipient of wide-ranging praise and a starred Kirkus review, Aimee says that writing her novel taught her that coding and writing have more in common than she'd thought. "When it comes down to it, both use words, symbols, and whitespace to convey meaning. Both are little more than a language used to encapsulate an idea, story or iPhone app." Initially intended as just a break from hours spent in the CIT, writing began to occupy more and more of Aimee's life, eventually leading her to augment her "Real Job" as a software engineer with an MFA in writing and, more recently, leaving her tech job entirely to focus on writing full time.

"Both are things that are such a part of me," she says, "that combining them –once I gave myself permission– felt as natural as breathing."

You can read an excerpt from Emmy in the Key of Code and learn more about Aimee at her web site here.